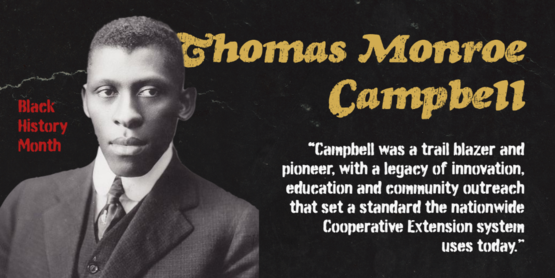 In honor of Black History Month, we'd like to share the contributions of black individuals who helped to set the standards for Cooperative Extension.

Please read this enlightening article about Thomas Monroe Campbell, the first extension agent employed by Cooperative Extension. "Campbell was a trail blazer and pioneer, with a legacy of innovation, education and community outreach that set a standard the nationwide Cooperative Extension system uses today."

When we think of important dates in the history of Cooperative Extension, the passage of the Smith-Lever Act in 1914 is often the first thing that comes to mind. The Smith-Lever Act is credited with the formation of Extension, as it provided the funding which supported the creation of Extension programs across the country to apply research and provide education that would grow to include agriculture, community development, natural resources and 4-H. While the passage of Smith-Lever is certainly worth celebrating, the history of Extension goes back a bit farther than that.

Campbell, more commonly known as T.M. Campbell, was a joint employee of Tuskegee Institute and the USDA, and was appointed as an agricultural agent in Macon and Wilcox counties in Alabama. In this role, Campbell was charged with educating rural farmers in advanced farming and land-management methods. He proceeded to grow southern Cooperative Extension efforts, and by the time of the Smith-Lever Act had assisted 11 other southern states in appointing African-American Extension agents.

Campbell made use of the “Jesup Agricultural Wagon,” named for the man who provided the funding to equip and operate the demonstration wagon, which became known as the Tuskegee Movable School. The Moveable School was Campbell’s primary method of facilitating the growth and development of Extension work throughout rural communities. The wagon was outfitted with seeds, fertilizers, and the tools to carry out practical demonstrations with farmers and homemakers.

Campbell continued his influential Extension career for nearly 50 years, advancing from a county agent to a state agent in Alabama, and then becoming a field agent for USDA, with seven southern states in his territory. He was the first African-American to be appointed as a USDA field agent. Campbell’s mind for innovation, education and community outreach left a legacy on the development of Extension programs throughout the country that is reflected in the work Extension does all across the country today.

This article was published by Michigan State University Extension. For more information, visit https://extension.msu.edu. The original article can be found here.

When 4-H became a nation-wide program in 1914, it was tied to the already segregated Cooperative Extension System. Although 4-H programming for black and white youth was considered ‘separate but equal’ that was far from the truth. Funding for the Cooperative Extension System was tied to land-grant colleges and universities in which ‘1962 Institutions’ which had predominantly white students were (and in some cases still are) better funded than ‘1890 Institutions’ that had and still have predominately black students. 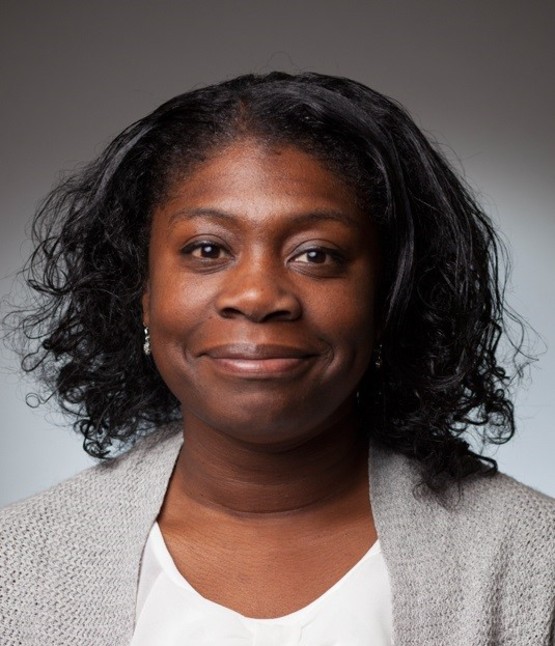 Extension Out Loud's Remaining Whole, Human, and Hopeful series spoke with Jamila Walida Simon on her career and work with Cornell Cooperative Extension.


Simon is the NYS 4-H civic engagement specialist. She's worked with 4-H for over a decade in both NYC, where she grew up, and in Ithaca. In this episode, Jamila talks about how belonging must begin with welcoming spaces and shares strategies for creating those welcoming experiences that dignify and honor the customs, traditions, and identities of participants and community members while offering opportunities for dignified experiences.

While the episode was recorded in the height of the pandemic, the conversation is just as relevant and Simon's insights are just as powerful. Listen here.

Beyond Heroes and Holidays: Black History is Ag History 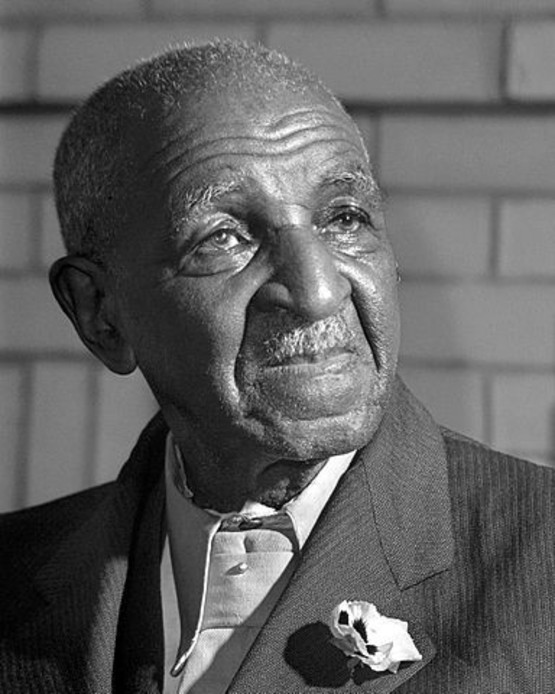 George Washington Carver is most famous for his work in promoting peanut crops, but he was truly an innovator in crop rotation and soil science. He was an inventor and an environmentalist and one of the most prominent scientists of the early 20th century.


4-H Youth Development Resource Educator Craig T. Brown wanted to highlight the lesser-known heroes in agriculture for his Cornell in the Classroom programming for Madison County schools. John Deere donated some supplies for the lessons, so Brown decided to focus on soil and planting innovators, including George Washington Carver and others like Harriet Williams Russell Strong. He instructed students to make a list to see what came to mind when he mentioned names like John Deere vs. George Washington Carver, for example, pointing out gaps in the histories they've learned. It was also an opportunity to explore Carver's and others' contributions to the development of crop management. "My hope is that kids have an 'AHA!' moment where they realize how countless people and cultures have contributed to our growing agricultural field," Brown said. Brown is happy to share his slides and lessons with other educators. He can be reached at cbrown@cornell.edu.